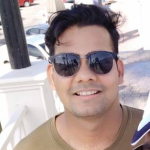 I know when it comes to spices , everybody is ready to buy so that there food can also become aromatic and flavourful. And my main concern in this post is towards spices of hills , which are not included in common spice charts. These spices ranges from very hot to totally mild scales.

Thus, here are some of these magical and flavourful commodities :–

The most used tempering element in the households of uttrakhand . It is best used with mustard oil. For reference , it is not sarsoon ka beej.

Famously known for the green leafy vegetable but the seeds are also used to add taste to your subzi . It is available all throughout the year.

This unusual pepper will give another level of heat like schezwan pepper of china. It is also being cultivated in Meghalaya. Its wood is also considered auspicious and used for many rituals. This pepper is very useful in toothaches and fever. My mother used to make its chutney and flavoured salt.

This spice from the meadows of Himalayas , mainly collected after the snow turn down by sunshine. Aloo k ghutke is often tempered with it. There are various names like Jamboo, Jimboo ,Dhunwar and Tolcha .

It is a root from ancient time, collected from the top points of Himalayas and being traded from Tibet and other mountain regions neighbouring India. This spice can aid stomach pain, gastric problems, digestion and improves blood circulation. It is used to temper dal in native kitchens of Uttrakhand.

The ready to go leaf which resembles holy Tulsi is widely being grown in uphills. I myself have a plant of it in my home. It is used in flavoured salts, chutneys and tadka . It is having cool and pungent flavour factors in it.

The king in flavours among all its varieties is happened to be in the forest 3000 feet above the ground level. Its is very beneficial in acidity, headaches and toothaches. The flavour is very warm so minimum quantities should be preferred for daily consumption. Some natives call it “Thave”.

This South Indian gem is readily available in our homelands also. It can be found in the corners of shrubs and roads growing extensively. I often dry it and later used for kadi pakoda, upma , flavoured salts , chutneys, etc.

I like these seeds personally because of its diverse use in pahadi people’s kitchen. It can be used in chutneys, flavoured salts, curries and soothing drinks. It is also known as bhaang k beej and hemp seeds.

Everyone knows about it Because of its culinary use in various rich dishes. These leaves are also available in the dense forest of Uttrakhand, cultivated for business purposes.

The grey-white lichen grow on the bark of trees, also called a dried flower is not much recognised in our culture but is widespread in South India and Lucknow for their masalas to get the rich black colour.

This chilli is available in all over India. The process is to pick up the matured chilis and dry them till there is no ratio of moisture. It is highly used in tempering Uttrakhand dishes like Bhatt ki chudkani, phannu , kappli, chonsuu, etc.

The much typical name used for it is dhaniya ka beej. It is used in making Garam masala at home. It can also be used in tempering and in other dishes like mallad and kadi.

Often, confused with cinnamon but it is not cinnamon. Though having many similar properties yet being differently known for its own. It is also widely cultivated now from the jungles of Uttrakhand. It is added to make rich dishes like pahadi murgha, pahadi mutton and also in garam masala.

It is commonly known as sarsoon k beej, a tempering master in everything possible. In ancient time pahadi people used to extract oil from it to use for cooking.

The shown seeds are called as peeli sarsoon, used same as kali sarsoon . It is often used as a pickling spice in Uttrakhand. It is available easily everywhere possible throughout India.

Actually there are two varieties black and white but the black one is more used in our pahadi communities. The ladoos made from these til are very tasty and provide good warmth during winters.

This tuber is grown very much everywhere alse also. It has antibacterial factors and used to cure many illnesses . It is dried and used as turmeric or can be pickled when raw .

There are many more possibilities in finding new spices from Uttrakhand region, many of them I also cannot recognise. But, I think you all will get to know something from my post about this topic. I thank all friends who helped me in knowing these unknown things and providing excellent pictures of them.

The Himalayas are rich with components and we are blessed to enjoy them all in one roof. I believe that the flavours from Uttrakhand will now be visible and known to other parts of the nation also. I am sharing the best of my experience to you all. I’ll hope for a prompt response from you all. Please let me know if anything is left out.

Some more interesting posts mentioned below :–

Namaste everyone, i am a aspiring blogger looking forward to learn ,innovate and grow.

Khataii – A salad from the hills of Uttrakhand.

Namaste everyone, i am a aspiring blogger looking forward to learn ,innovate and grow.

Khataii – A salad from the hills of Uttrakhand.